Hipster music venues, check. Burgeoning art gallery scene, check. Diverse demographic (relative to Vermont), check. Dynamic restaurant row, double check. The Brooklyn of Vermont is none other than a place called Winooski, the Abenaki word for “onion.” It even has a bridge (albeit understated) connecting it to Burlington across the river. 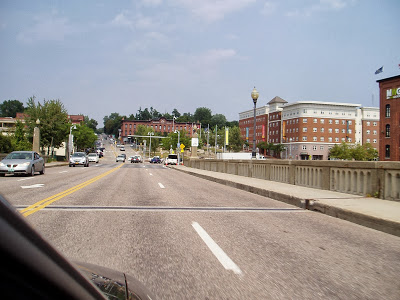 Admittedly, most US cities now claim to have an adjacent “Brooklyn,” but I have to say that Winooski isn’t too much of a stretch. While Brooklyn’s renaissance has been taking place over the past two decades, though, Winooski’s is much more recent. It seems like just a few years ago the town was dead and we hardly ever ventured there. Now it’s filled with quirky, earnest, creative types, and they’ve brought along some quirky, earnest, creative enterprises, most notably in the form of restaurants. Take Misery Loves Company, for instance, one of our new favorites. 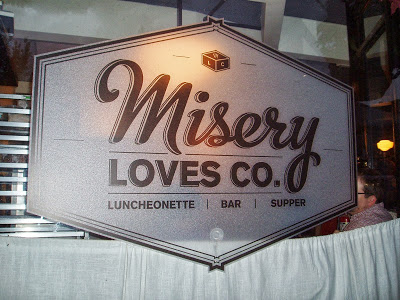 It started out as a food cart, and then the three owners began serving pop-up dinners (very Brooklyn), before launching their restaurant around a year ago. A couple months later the chefs were named James Beard semifinalists. Even if you think those contests are rigged, these two deserve it.

Our “city friends” Carolyn and Tom had been raving about Misery since it opened, so on a recent evening we picked them up in Burlington and headed across the river. It was balmy for early fall and our table wasn’t ready yet so we started off with a drink outside at the Mule Bar. 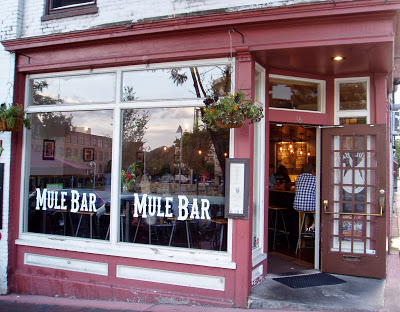 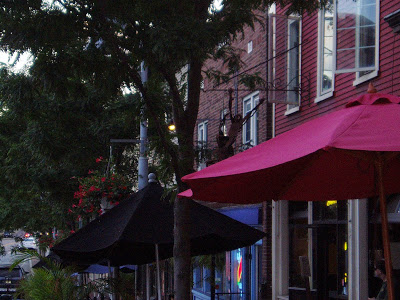 A few doors down from us the Monkey House was just warming up. A trailblazer in the Winooski renaissance, we’ve heard some first-rate indie bands there. 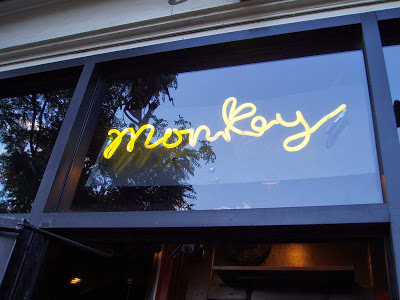 The Mule’s beverages were excellent all around and we almost ordered one of their tempting starters, but we didn’t want to lose our spot at Misery. Vowing to come back and try their food sometime, we strolled across the street to where our outdoor table was awaiting us. 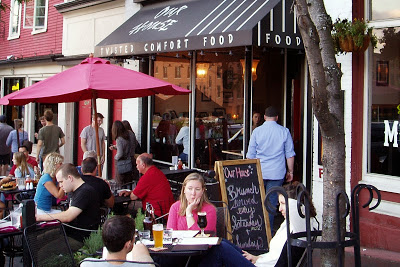 Misery’s “Supper” menu consists mostly of small plates, which instantly endeared them to me since my favorite meals are those that allow me to try a variety of texture and flavor combinations. I understand that not everyone likes to share (and on the short list of things I would change about Chris if I could, this is one of them), so small plates keep both me and my dining companions happy. Interestingly Carolyn likes to share too, as do most of my female friends, but not so much the men. Hmmm.

We started out with some salads, and it's not an exaggeration that mine was one of the most original combinations I’ve ever eaten in a salad—perfectly ripe tomatoes paired with grilled stone fruit, micro greens, and fried yuba. For those of you who aren’t familiar with yuba (none of us were), it’s the froth that’s skimmed off the top of the liquid when making tofu. This may not sound very appetizing, but even the non-tofu eaters in the group at least liked it. I loved it. The fried froth was crispy and light as air, with a delicate soy flavor. Our salads were accompanied by some bread and house churned butter, a nice touch. We washed this all down with eclectic wines served in juice glasses and craft brews that more than satisfied the beer aficionados in the group. Heady Topper fans will note the can in the background. Next we tried some pasta. Carolyn and I shared the Tagliatelle with chanterelles, baby squash, and herbs. The broth was one of the best parts, a complex blend of harvest flavors that couldn’t have more accurately captured the season. We lapped it up. It was starting to get chilly, so our affable waiter let us move inside. 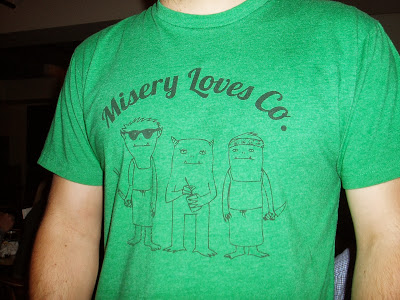 In the restaurant, it was warm and cozy and a Wilco album played in the background of the buzz of conversation. We all still had a pretty good appetite, so we decided to move on from the small plates to the “Meat & Three,” meaning a large piece of meat and three sides. Chris and I couldn’t resist the 7 Hour Leg of Lamb, a favorite dish for both of us. At $38.00, it’s meant to be shared, and it would have been too much for one person anyway, especially after the earlier courses. So there was no getting out of sharing for Chris. If I hadn’t been still savoring the taste of yuba and chanterelle broth, though, it would have felt like a race to get my fork in there. The sacrifices one makes in a marriage…

The first place Chris and I lived in Vermont was in an apartment on the second floor of a house just across the river in Burlington. It was actually Chris’s apartment and I just lived there for a summer and came up from Boston sometimes to visit on weekends. We used to cross the bridge to go to a little Italian place called Papa Frank’s for their classic Calzones. It’s still there, just around the corner from where we were sitting at Misery, a vestige of the old Winooski. 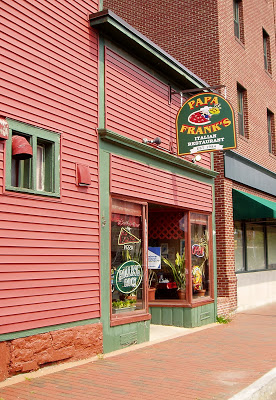 Sneakers Bistro is still there too and still serves their legendary breakfast. They’ve moved a few doors down from their original spot and no longer serve dinner, although word has it that they’re starting to get in on the pop-up craze too. I’d like to try to catch one. Many years ago after Chris and I called our families to announce our engagement, we walked across the bridge to eat dinner at Sneakers. The neighborhood was rougher then, but it was snowing and the old mill town had a stark beauty. Thankfully there’s enough of an edgy vibe still left in Winooski to keep it from feeling too prettified. We’ve been waiting and wondering when Winooski’s day would come (back). Thanks to places like Misery, I think it’s safe to say that it has. 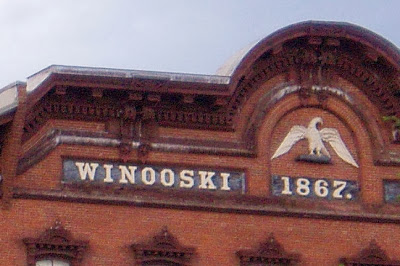