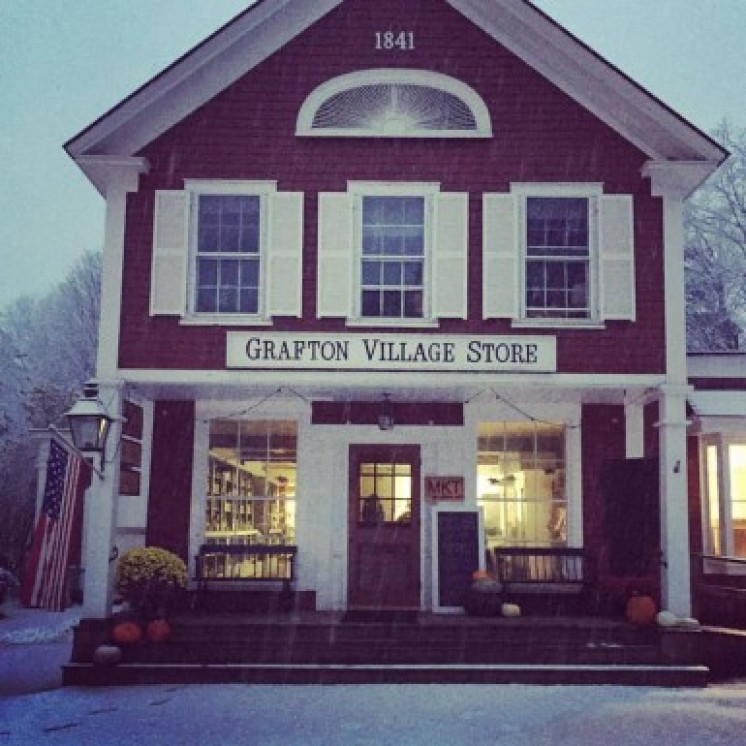 MKT: Grafton was conceived, like most great ideas, between best friends over cocktails in the backyard. It must have been fate that led Ali and June to move in a few doors down from one another in Grafton. Both mothers of young boys and new to the area, the two were drawn to one another and what blossomed was a soulmate-level friendship and now a business partnership.

The decline and closing of the 200 year old general store in town was a hard hit for the community. Ali and June recognized the need for a community hub, and realized with Ali’s business acumen and June’s culinary background – they were just the pair to bring the general store back to life. Together, they submitted a proposal to redevelop the store to the Windham Foundation and were selected to take the project forward! MKT: Grafton is now over a year old, and serves as the community general store, café, wine and cheese shop, and event space. They serve breakfast, lunch and prepared food to go and are about to launch dinner service once a week.

Ali and June were nervous about the reaction from the community, as they were both relatively new residents. “We jumped in with both feet, hands, heads and hearts,” Ali shared, “and we had one goal – to bring goodness to Grafton.” It didn’t take long for neighbors to embrace Ali, June and the growing business. “This is a community that cares about food, and we worked hard - are still working - to learn the rhythms and routines of the town and people,” Ali explained, “and everyone was very comfortable sharing their ideas with us.” That’s how many of MKT’s local farm and producer partnerships were formed. Ali does her own research as well, “If I see a farm along the road, I’ll just stop in and see what they’re up to!” MKT’s partnerships with growers have even inspired the shop to launch a combined farmer’s market and taco night this spring.

Ali recognizes that they are serving a variety of needs for the town, and makes every effort to stock products on both ends of the price scale. They can’t buy the quantity necessary to stock commodity items at the lowest price point, but one of the most exciting discoveries was that they are able to provide incredibly affordable local dairy and meat products because they are so abundant in the area. Another exciting discovery was the talent of one staffer who is working to perfect her butchery skills. Look forward to an expanded meat counter at MKT soon!

The availability of local food is not the only thing that makes MKT: Grafton a community hub. The MKT team is almost exclusively local women, and working alongside the “dynamic and fabulous” team has opened Ali’s eyes to the true value of supporting local. “When you buy local, you’re not just supporting jobs – but livelihoods,” she shared. Ali and June have made a commitment to provide not just jobs, but good jobs for their staff. As mothers themselves, Ali and June get the importance of flexibility and understand if a kid needs to hang out at the shop after school while mom finishes her shift.

This Saturday, MKT is hosting their first of a four-part Farmer to Table dinner series that will feature a guest chef, guest farmer, and phenomenal local menu. This Saturday’s sold-out dinner will welcome Chef Matthew Harker from Boston – named best private chef by Boston Magazine. Chef Matt will work alongside MKT staff to create a 5-course meal featuring Grafton county producers meant to inspire discussions of terroir around the community table. Future dinners may feature foods of the world as Ali and June pull from diverse chefs around Southern Vermont. We'll keep you posted!