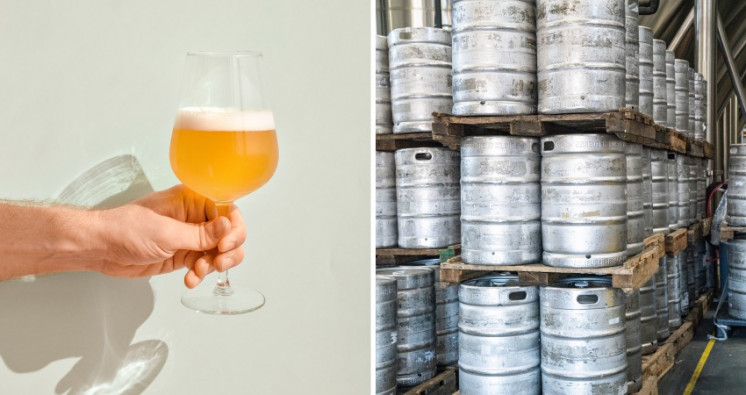 Vermont is filled with opportunities to taste delicious, locally produced beverages - and craft beer is one of them. Visitors and locals alike gather at tasting rooms throughout our beautiful state to sample the offerings, which often include brews with local malts, hops, fruits, and even specialty products like Vermont maple syrup and honey.

Another way to enjoy Vermont beer is to attend one of the Vermont Brewers Association's two annual festivals. And you're in luck - the winter event, the 2020 Vermont Brewers Festival at Bear Mountain, Killington Resort is coming up on Saturday, March 21st and tickets are still available! Get yours here. Attendees can choose from over 140 beers to sample, with 30 making their debuts at the Festival. (The other annual Brewers Festival is in Burlington in July.)

This year, we're excited to see that three of Vermont's new(ish) breweries will be attending. Be sure to stop by their tents, taste what they have to offer, and chat with the brewers!

Brewers Evan Vacarr and Dave Bombard share a focus on producing quality, small batch ales for distribution in kegs and cans throughout the state. Started in 2017, Green Empire offers samples, growler pours, and cans at their retail space at 478 Hegeman Ave. Check their Facebook page for the latest releases. With a 5/5 star rating, Green Empire is definitely worth the trip. They collaborated with Rutland Beer Works, Simple Roots, and Burlington Beer Co. on three separate brews for the Festival, and they'll also be sampling two of their own - Side Business (American IPA brewed with Columbus, Mosaic, and Citra), and a mystery cask of something special!

With backgrounds in farming, restaurants, and brewing, husband and wife Wesley and Taylor Tice were well prepared to open a brewery and taproom of their own. Their beer, which is brewed in a historic brick building at 60 Village Green, reflects their desire to showcase their special Peter Austin Brick Kettle System, as well as provide a selection of brews with something for everyone. They also have a small food menu with chicken wings, wood fired pizza, and more. It's the perfect spot for lunch or dinner and a pint. The Outer Limits offerings at the Festival will include Exosbeer (dark mild, festival exclusive), Atmosbeer (dark mild brewed with Vermont maple sugar), Mind Over Matter (unfiltered kolsch), and High Frequency (yeast foward hefeweizen).

Andrew Puchalik, Chris Perry, and Ivan Tomek began brewing in 2015 in a small farm building hidden in the hills of Tunbridge. When they started out, they only offered kegs to local accounts. Since then, they've begun contract brewing larger batches of beer which can be found in cans and on draft throughout Vermont and beyond. While the Tunbridge brewery is still active, it is not open to the public. You can find all of these small batch beers exclusively at their tasting room located at First Branch Coffee at 228 Chelsea Street. In addition, they serve food and host lots of live musical performances. At the Festival, be sure to taste their collaboration brew with Lawson's Finest Liquids, as well as their own  - Modern Pants (IPA with Citra, Mosaic, and Simcoe Hops), Common Dandy (lager dry hopped with Loral and Saaz hops), and Nepenthe (baltic porter).