Oysters in Vermont? Okay, fine, Vermont lacks an ocean (it is patently unfair that New Hampshire should get 13 miles of coastline while we’re landlocked) but we’re precocious when it comes to food trends and Vermonters have been out in front leading a new generation of oyster connoisseurs. Local author Rowan Jacobsen took up the oyster cause a decade ago with his book A Geography of Oysters - an appreciation of, and guide to, eating oysters. Last week his newest ode to oysters hit bookstore shelves: The Essential Oyster.

The Essential Oyster is organized in a similar style as Jacobsen’s book of two years ago Apples of Uncommon Character. Readers will find beautiful photography (by David Malosh) paired with flavor descriptions that give a snapshot of each species and which, added up, give a sense of the story of the oyster in American cuisine. That story has gotten a lot more exciting in the 10 years since A Geography of Oysters. The mollusks have become more popular with younger diners and oyster farmers emphasize their role in sustainable aquaculture at a time when there’s serious concern about the future of getting food from the ocean.

Even without a coastline, oysters fit into the sensibilities of Vermont cuisine. They are a classic example of foods that taste of the place where they were raised. And appreciating oysters means appreciating subtle differences between varieties - not looking for a monoculture of one thing that means “oyster”. It’s the same approach that Vermont takes to all of our favorite foods, from apples to cheese and even maple (yes, maple terroir is a thing).

If you want to try oysters alongside a Vermont meal, check out Vermont Fresh Network restaurants like Misery Loves Company, Hen of The Wood, Juniper and Three Penny Taproom which all regularly have them on the menu. Try oysters plus some of Vermont’s fine aquatic fare at Bleu Northeast Seafood in Burlington, which features regionally sourced seafood alongside fish caught or raised in Vermont. And come out to an oysters & cocktails event on the evening of December 3rd at Down Home Kitchen in Montpelier for an Essential Oyster book party. 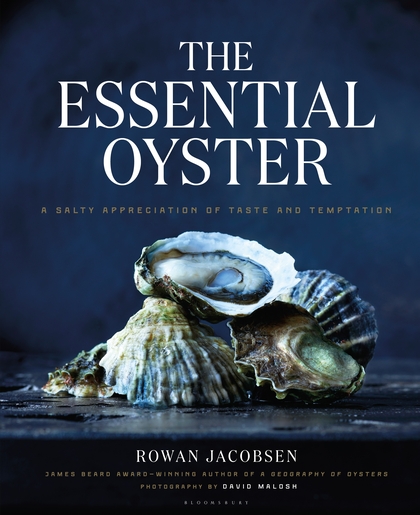