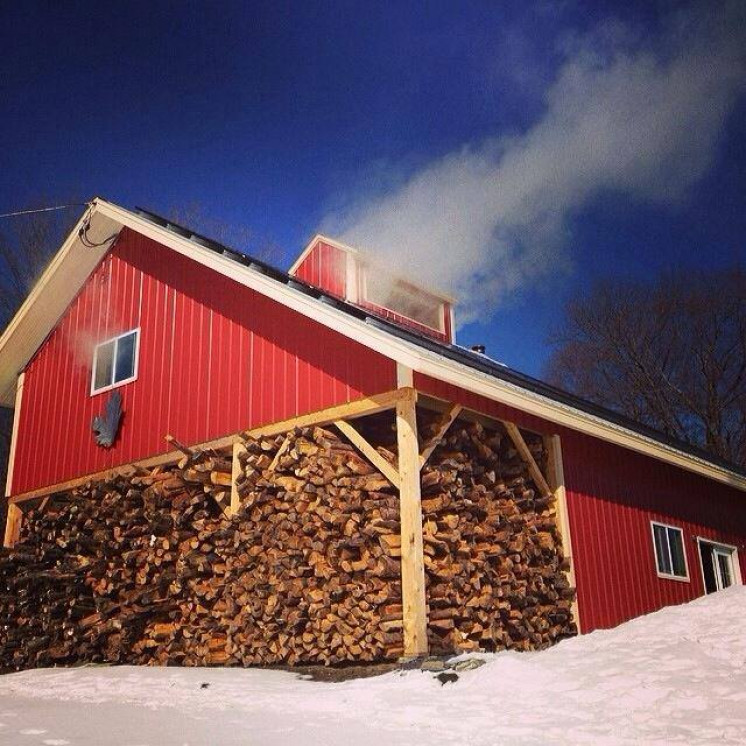 Maple Open House Weekend, and any time Bette Lambert of Silloway Maple Farm can welcome visitors to the sugarhouse in Randolph, Vermont is a favorite experience. "I love our way of life so much, farming and sugaring, I'm eager to share it with other people!" Hospitality is Bette's forte. Throughout the winter and spring season, maple is not the only harvest at Silloway. Bette can be found harvesting clean fresh snow after each storm to fill many trough coolers. Why snow? Bette collects the flakes to make sure she can offer authentic sugar on snow to their visitors year-round!

Paul and Louise Silloway, Bette's parents, started the sugaring on their dairy farm in Randolph in the 1940s. Since Bette can remember, the community was encouraged to visit during the season - her parents used to run an ad in the Randolph paper encouraging folks to stop by. The whole family helped out when the sap was running, even young Bette, too small to help carry the buckets, drove the bulldozer! Silloway Maple has embraced many changes over the years like moving to solar energy, building a state of the art sugarhouse, installing pipe and tubing in the sugarbush, utilizing a reverse osmosis system (which helps concentrate the sap before boiling to save energy), and their famous sap-boiled hot dogs are no longer cooked directly in the evaporator. Some things will likely never change - syrup is still wood-fired, visitors are always welcome and maple sugaring is still a family affair. With 26 family members within a mile of the sugarbush - someone is always able to lend a hand.

Borrowed from Bette's Blog on Silloway Maple's website, we love this reflection on sugaring in Vermont.

"It's not a job for a nervous man," Paul Silloway always said of the boiling. It takes hours of careful watching, testing the syrup for proper density, drawing off, and filtering, to condense the sap into syrup that is ready to be canned. It takes an average of forty to fifty gallons of sap to produce one gallon of maple syrup. Clouds of steam rise from the open flaps on the sugarhouse roof. Sparks flying up from the smokestack at night are an awesome sight. Little ones sometimes swing in the woodshed, and sometimes sleep under a pile of coats. Many meals are savored in the sugarhouse, and homemade raised doughnuts with hot syrup are the treat we all look forward to.